Fall of Episteme or FoE was formed in 2015 when bass player Søren Foged returned to Denmark after living several years in Africa. He teamed up with singer Rune M. Nielsen and were soon joined by drummer Rune R. B. Eskildsen and Kent B. Eskildsen on guitar. Keyboards were soon needed when Fleming K. Pedersen came on board.

Flemming, Søren and Kent have a history that goes back to the prog-rock band, Atlantis, formed in the Eighties. They played extensively on the club scene in Denmark and were a frequent guest on the major festival like Roskilde Festival, Midtfyns Festival and so on. Atlantis composed a lot of music and had a few tracks out on record and private releases, but most of the music remained unreleased. So as well as composing new music FOE has been digging out some of the Atlantis classics and giving them new life.

Fall of Episteme draws the inspiration from many places, but a major influence has been the classic and varied prog rock sound made by famous bands like Saga, Pink Floyd, Camel, Jethro Tull and Tangerine Dream, as well as more recent acts like Ayreon, Dream Theater and Marillion.

Quite a lot of tracks were composed and rehearsed, and FOE began recording in their separate studios with the purpose of making a debut CD release. Due to personal circumstances, Søren had to withdraw from the band and while looking for new bass players the band intensified their work in the studio.

In the beginning of 2017, Søren was replaced by the bass player, Jan Juel, who has played a lot of live shows in various constellations. His live debut concert was at a private party in the autumn, held to celebrate singer Rune M Neilsens 40th birthday.

At the moment final touches are put on the music, websites and other PR related stuff with great assistance from the FOE crew; Lars Boe; Sound, Michael Jeppesen; Photo and Jesper L. Rømer; Grapix design. A CD, as well as a number of concerts and festivals, are expected in the beginning of 2018. 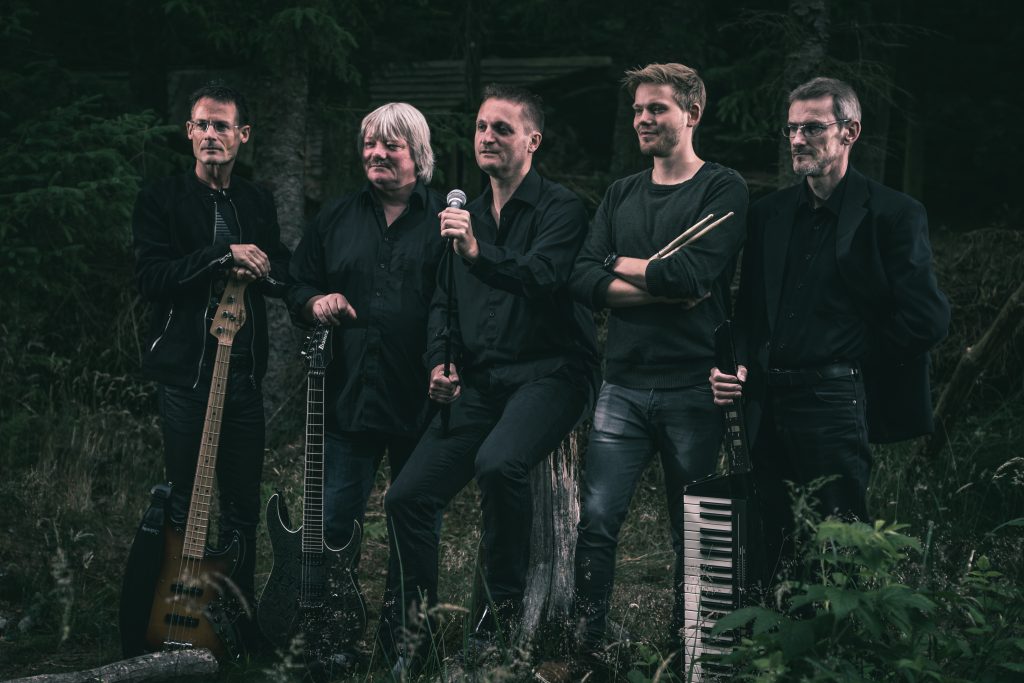